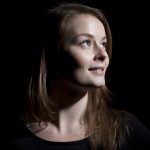 After two bachelor’s degrees in Music Teaching and Choir Leading Pop & Jazz, Merel received a Master’s degree in ‘Vocal Leadership’ from RAMA in May 2015. Merel’s name is connected to the award winning vocal groups Pitch Control, MAZE, The Junction, Dutch Organic Choir and VOÏSZ Vocal Projects, all located in the Netherlands. 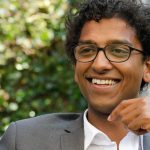 Rohan Poldervaart has finished his master degrees at the Conservatory of Aalborg (DK) as a choir conductor. At the moment he is the conductor of Vocalgroup the BasZment and he combines this with an artistic director role from Vocal Statements. The arts and culture education in general, becomes more and more a focus on how to implement Vocal Leadership inside a schoolcontext. Goal is to emphasize the relevance of music and singing in education. 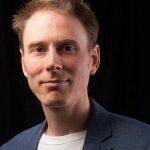 Mathieu Vulto is specialist in music education at primary schools, choir conductor, jazz singer (scat) and freelance jazz flugelhorn player. He graduated in the separate bachelors Wind and Brass Band Conducting (HaFaBra), Classical Flugelhorn and Music Education at the academy of music in Alkmaar and Amsterdam.

Recently he graduated for his master’s degree (MMus) in Innovative Choir Conducting at the Royal Academy of Music in Aalborg, Denmark. He gives lectures as a guest teacher in music education around the country and beyond and is lecturer at Stenden University. Mathieu developed his own philosophy in music education, called Co-Creative Classrooms.

As an all round percussionist, Glenn always combined world percussion with his Bachelor and Master studies off classical percussion at the Conservatory of Amsterdam. Since his study he has been active as a freelance percussionist in a diversity of classical orchestra’s, ensembles and percussion bands. In his master research he specialized in inner and outer rhythm, how to lead and follow puls and rhythm. On the educational field he developed the project ‘Doe je ritmix’, rhythm and movement as a base for music education. 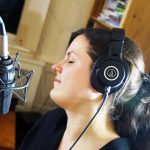 Marlou’s methodology is about Vocal Integration, awareness, skill and musicality. She also runs girls choir Out of the Blue (Gouda). Marlou also composes for choir, theatre and dance performance. Her last piece was nominated for the Årets Reumert awards (Denmark). With her band Marlou she released her debut album Long way home, which was well reviewed in OOR magazine.

During his studies in Music Teaching (BA) and Music Theory (MA), Jasper has developed a great passion for vocal jazz and pop. He is the conductor of the Dutch Jazz Choir, bass vocalist of Touché and bass/beatboxer of The Junction. Furthermore, Jasper teaches music theory and ear training at the Music Teacher’s Academy of the Conservatory of Amsterdam. 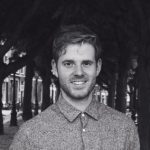 After bachelor’s degrees in both elementary education and music education, Freek started working as a drummer for Percossa and Lieve Bertha. With these two bands he’s currently touring in- and outside the Netherlands. Additionally, Freek is still a music teacher in elementary school and one of the writers/editor of the music method ‘Metropole op school’ for the Metropole Orchestra. 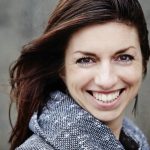 Line Groth is known for her great arrangements for the world famous Danish choir, Vocal Line. She’s a Singer, arranger and composer in the vocal group Postyr (DK). Line holds a Master’s degree in Singing and Choir Conducting from The Royal Academy of Music, Aarhus. She has been teaching choirs, singers and conductors all over Europe, in the US, Israel, Greenland and Taiwan for over a decade. 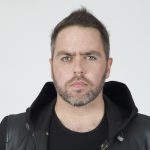 Erik Bosio is an Italian award-winning composer, arranger, conductor, producer, singer and teacher. Born in Genoa, Italy, of an Italian father and Swedish mother, he studied piano, classical composition, jazz arranging and jazz singing at the N.Paganini Conservatory of Genoa. He is a founding member of the vocal group Cluster, considered one of Italy’s best, as well as The Ghost Files, a studio project dedicated to original vocal music recording. 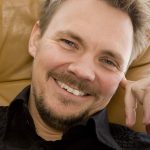 Jesper Holm is the conductor and arranger for the outstanding vocal jazz group Touché. He is an experienced and passionate vocal jazz enthusiast. Jesper also teaches conducting and Vocal Leadership at RAMA Vocal Center. 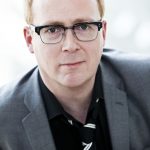 As a founding member of the Swedish a cappella group The Real Group 1984-2010, Peder performed over 2000 concerts all over the world and recorded 16 albums. Between 2011 and 2014, Peder was musical director of the vocal group Perpetuum Jazzile, Slovenia. Since January 2015, Peder also teaches Vocal Leadership at RAMA. In January 2016, he became ‘Honorary Professor’. 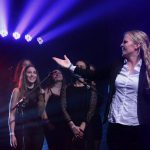 Signe Sørensen is the former artistic leader of Europe’s perhaps most innovative contemporary youth choir: The Girls Choir of Mariagerfjord. Signe has received two Danish prices for the choir’s extraordinary work, and she is recognized around the world for her innovative teaching methods and way of communicating with the young singers. With a big “No!” to discipline, and a warm “Welcome!” to responsibility, she has made young singers shine! 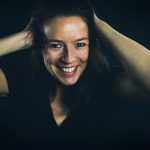 Panda van Proosdij studied at the Rotterdam Dance Academy in the Netherlands. She has been a teacher at Codarts, Music Theatre in Rotterdam and worked with The Netherlands Children Choir, The Netherlands Female Youth Choir and Wilma ten Wolde as a movement coach and director. Panda also directs musicals, light opera and music theatre performances.